(I almost can’t write this, I still feel intense shame.)

There were two times in my my life when I was poor enough to feel actual physical hunger. The first was when my parents first separated and I was living with my mother in a commune in Berkeley (CA).* I’d been wrested from a typical middle-class (white) suburban lifestyle full of meat and bread in unlimited quantities and thrust willy-nilly into a hippie commune. No sugar. Homemade bread. No meat, except when we killed a chicken or rabbit. Nothing processed.

The food tasted terrible, it was strictly rationed in that there were meals, and nothing would be left over. We could do some harvesting for snacks from the vegetable garden, but not too much because that was communal food. But that didn’t matter; it wasn’t what I wanted. (Looking back, I shake my head in sorrow at the attitude adjustment I needed. I’d almost kill for that garden now.)

I ate a lot of mayonnaise sandwiches. Fresh whole wheat bread, sliced thick and then slathered with mayonnaise. Press together and eat with a glass of (whole) milk.

Then I discovered a secret heart of larceny within me. A bag was kept near the front door and everyone dumped their food stamps into it so that whoever was doing the food shop could just get them and go. I started stealing them and buying sweets. Hostess pies and cupcakes, mostly. Sweet fatty goodness that filled a small piece of the pain in me. The pain in my body that I now realize was hunger. Hunger for love. Hunger for attention. Hunger for food. I learned that I could ease my hunger, if only for a while, by stealing. I’m sure our household went without, or with less, more than once because of what I did.

It’s not always emotional. Looking back I realize that there is no way those mayonnaise sandwiches actually provided enough nutrition for me. And since I wasn’t required to eat my veggies, I was likely on the verge of malnutrition even as I was gaining weight. Oh yes, I gained weight. About 30 pounds over the course of a year, and I wasn’t even 4′ tall. I went from a healthy, active, curious child to a sullen, withdrawn, tv-watching, child who simply faded into the background.  I was so hungry, all of the time. Even after eating I was hungry. 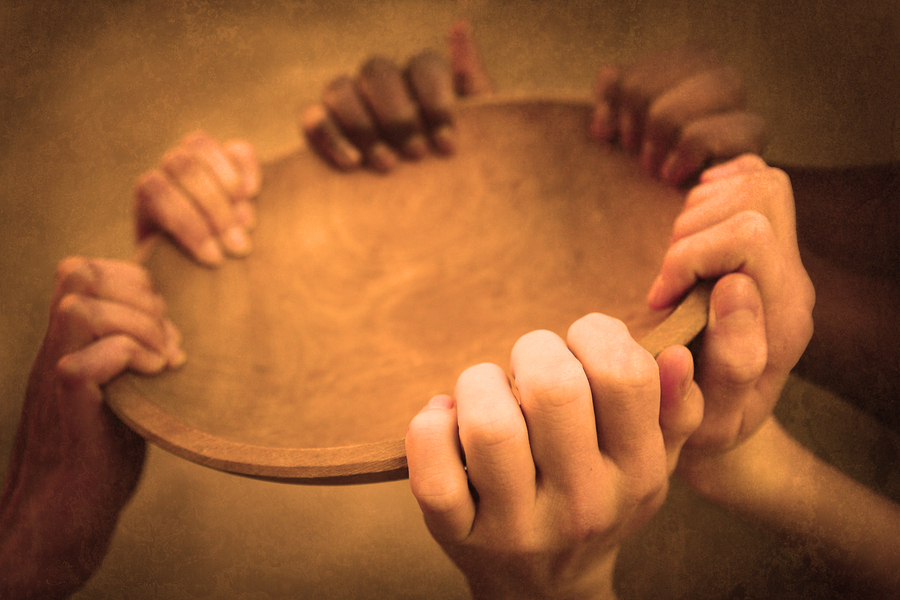 The second time was all my own fault, the consequence of being stupid about finances. I was living in New York City and the people I knew (I can’t really call them friends) were all ‘trust fund babies’ with unlimited credit, and the funds to buy anything they wanted. These were kids who knew there were trips to Europe and Asia in their future, that golden doors to jobs would open for them, and that they only needed to decide what they wanted and it would be given to them, the resources were theirs for the asking.

I tried to keep up. (It’s the only time “The Jones” tricked me into that financial trap.) I paid for drinks out. I bought meals. I rang up a balance of $25k in mere months, and my salary was only $20k. When I realized that, I fell into despair until I figured out a way to pay off that debt. First, I put all my credit cards into a mug, filled it with water, and froze it. They were there if I needed to buy something, but they weren’t easy to get at. I got myself off of every catalog list that came into my home. I stopped going out (and suddenly no one was willing to buy *me* a drink; which is why I don’t call them friends). I cancelled cable and did everything I could do keep utility costs down. Books were from the rubbish bin at the Strand (five for $1 goes a long way to keeping me amused).

If it was a workday, $2 went to the subway. If I wanted a cup of coffee and a bagel, it came out of that budget. If I wanted to go out, I needed to save for it, and when that money was gone, I stopped buying. I had to bring food from home for breakfast and lunch. I had to eat at home, and my grocery budget needed to be tiny. If I didn’t have money for the subway, I walked home (from the Seaport to 83rd — about 5.5 miles). I gave myself few respites, all so that I had extra money to pay to the credit card balance. **

I ate a lot of pasta, and sandwiches. Rice and beans with a touch of cheese grated over the top. There was no junk food, precious little alcohol, and I made every leftover count.

I tried to make a virtue of being hungry. I offered up my hunger on the altar of sacrifice. I told myself it was my punishment for having indulged so poorly, previously.

I spent years feeling duplicitous and bad; a fake with decent clothes (I worked on Wall Street and there were norms of appearance I had to achieve) and an empty stomach. Everyone around me was talking about the latest TV show (Seinfeld) or what was playing on HBO and the newest restaurant. I didn’t have cable and didn’t go out much, I had no way of participating in the conversation. Each Spring and Fall would herald a new wave of clothes from the latest collections at Macy’s and Lord & Taylor, I might buy a fresh blouse, or pair of shoes. I had one good belt and one good purse, each handmade and of classic lines. I relied on the ‘hippie chic’ that my California background implied (you have no idea how many times I was complimented on my ‘laid back’ temperament) and feeling like a fraud every day.

When dating, I employed my keep-it-cheap skills to find the best Indian (6th street has a row that is still there). And the Veselka’s (on the corner of 2nd avenue at 9th St) was my post-bar go to. Pizza by the slice wasn’t really date food, but it made a good ‘fun’ alternative when it was the end of the month and my wallet was lean. The few times my date insisted on picking a place and buying a meal, I reveled in being able to order anything, and most often chose a good Italian restaurant with its soft tablecloths and romantic lighting . . . and varied menu of rich foods.

I was hungry almost all of the time.

I never told anyone.

I was as slender as in college (when I biked 10-15 miles a day for class and work), if not as muscled. I looked fabulous (from my looking-back perspective), and felt (again. still. more.) like a fake. I never fell into the ‘just 5 lbs more’ trap, but I also never felt beautiful. Just hungry and poor. 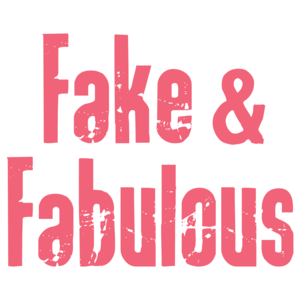 Now, I am rarely hungry. I have accomplished a middle-class bourgeois life. I can buy just about anything I want to eat, and have spent awe-inspiring amounts on tremendously beautiful and amazing dinners. I don’t have to deny myself anything.

Now, food is killing me. I’m pre-diabetic, obese, and have high cholesterol. A year-plus-ago when my doctor warned me I needed to lose weight, I went on a diet (basically, I acted like I already was diabetic and eliminated everything they can’t eat), and gained 30 lbs. Food is my enemy. Food is my shame. Food is my nemesis. Food is my burden.

Hunger comes in many forms, and it scars the soul to spend time hungry. 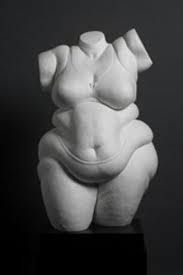 (My thanks to Jackie Chuculate for the inspiration for this post.)

* The Circus. A post about Berkeley communes and collectives mentions it (you’ll have to scroll through a lot to get there).

** I paid the highest interest card first, then the next highest interest. It took about 3 years to pay it all off, but I managed. More importantly, I have never had a balance on a credit card since then. If I can’t pay for it, I don’t buy it. My cards generate free stuff, like travel rewards, not interest.