For a bit of time now (relatively speaking, of course) I’ve contemplated dying my hair. Like many women, changing my hair color is a part of my personal experience, a piece of my journal of self-discovery.

Starting in college — that is, living on my own — I played with henna and a variety of more permanent options. My colors ranged from deep auburn (lovely) to a kind of orange-y blonde (not good — don’t ever let the sun dry the henna in your hair, trust me), with forays into the purple spectrum. My favorite was the deep purple that made my hair look like an ordinary dark brown inside, but when the sun hit it — PURPLE POW! I literally caused (bicycle) accidents on campus with that one.

Changing my hair color was fun, and even mistakes could just be cut out, or dyed over. Most often coinciding with the end of a relationship, my hair reflected my sense of self, and love, and happiness. 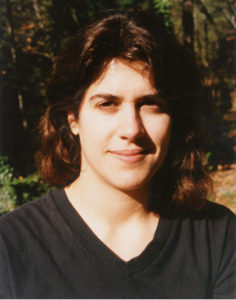 Right as I graduated, I started to go silver. Just a strand here and there, then more . . . and I found myself in my late 30s with a choice to make: start dying the gray to cover it, or go au natural. For awhile I colored the hair, keeping it a pretty dark brown in keeping with my job as a manager. 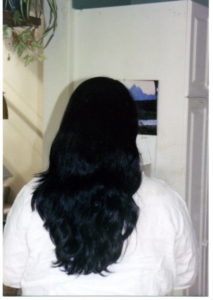 But after awhile, I just stopped caring about it, and let my color return to whatever it would do with a good stylist and it’s natural color. It looked pretty good, all things considered– and was a hell of a lot easier on the wallet. (Coloring is expensive if you do more than buy a box.) 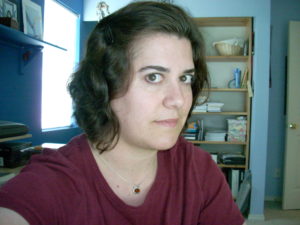 Then came cancer, chemo, and  total loss of hair. It was weird, and chilly, but I quite frankly rocked the bald head. One day I had hair (cut short in anticipation, but still a full head) and the next it was coming out in clumps. I consulted with a friend who shaves his head and took his advice to just shave it all off at once. 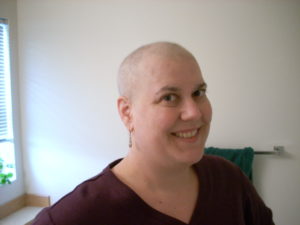 It was much easier to deal with stubs going down the drain, and even that only lasted maybe a week, and then I was completely bald for months. (I don’t seem to have any pictures of me totally bald. I wish I’d taken them, now.

Then again, by August my hair was growing back. 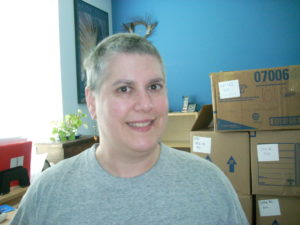 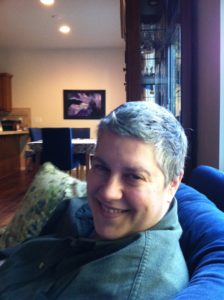 So much so, that by the time I was married in April 2012, I had the hair I will, likely, have for the rest of my life. Which is gorgeous. 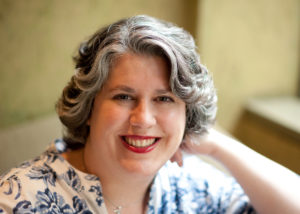 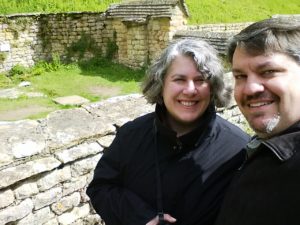 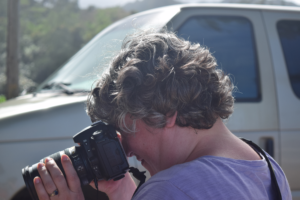 By now I’m sure you are wondering why this post didn’t warn you that I love my silver hair and that it was more than a bit  . . . vain? Because for years now I’ve wanted to dye my hair blue.

But not just any blue — I didn’t want a robin’s egg blue, or a baby blue. I wanted a deep blue — navy, midnight velvet, or sapphire. I held back because I felt that if I needed to find a new job, having blue hair might get in the way of being hired, and I have enough going against me already.

Then I realized that the earliest I’d be interviewing this year is October — after a month of serious sun and swimming would be bleaching the heck out of any color I’d applied . . . so I went ahead. 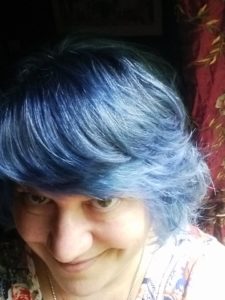 And it’s great. I get compliments ll of the time. People love it. I love it.

Because it turns out that I really miss my silver hair.