Late in 2018 (yes, almost a year ago) I was talking to a friend about how I keep waking up around 3am every night, and some nights I don’t go back to sleep. I mentioned how frustrating it’s been to try and get at least 7.5 hours a night, which is what I clearly need, even though I don’t always feel rested when I get that amount. I talked about how amazing J. and I had felt in Italy when we just slept until we woke up, and that was regularly 11 hours at a time — unsustainable/ unachievable here at home. (My friend participated in this conversation, I wasn’t just talking at him the whole time, despite how it looks.) 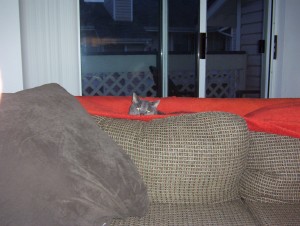 He recommended that I have a sleep study done.

When I protested that I was having enough trouble sleeping at home in my own environment, he told me that the tech has gotten far enough that one can just wear monitors and sleep at home. I was intrigued and brought it up at my next doctor’s appt in March. We talked it over and she opined that, yes, I might just have sleep apnea. So then I saw a specialist.

Which was fascinating, because it turns out that if there are 100 signs of apnea, I have 80 of them — I’m a strong candidate for sleep apnea.

Sleep apnea is a potentially serious sleep disorder in which breathing repeatedly stops and starts. If you snore loudly and feel tired even after a full night’s sleep, you might have sleep apnea. — from the Mayo Clinic.

So I scheduled my appt to get the sleep device . . . which took until late May. I immediately got a cold, so it took a couple of weeks to take the test (which measures breathing and oxygen levels). . . and then I waited until my results came back  . . . which took weeks.

Sure enough, I have sleep apnea, scary levels of it, in fact. A little more info: apnea is when you stop breathing for 10 seconds or longer. Normal people have up to 5 events per hour (which still sounds like a lot) and mild or moderate apnea is anywhere between 5 and 29 events per hour. I have 58. (ULP!) Worse even (although that’s effing scary, thank you very much), my oxygenation level is 88% (and anything below 90% is actively harming you.)

I’m a bit over three weeks of using a CPAP (continuous positive airway pressure) machine, and it’s very much a mixed bag.  I use a ResMed Airsense machine, which includes a built-in humidifier, adjustable fixed pressure, and tracking. It connects to ‘the cloud’ so my care providers can track my usage and things like how well the mask seals and how many events I have. My mask is a Phillips Dreamwear with nose pillows. It turns out that it’s a good thing I’m a nearly perfect nose breather, so my mask doesn’t cover my face at all. And I’ll say this: my sleep quality has definitely improved.

My sleep events are now averaging 2 per hour. (No idea about oxygenation, but I’ll presume it hugely better as well.) 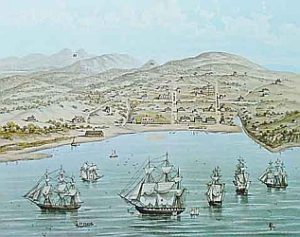 What I am struggling with is that I am still waking up at 3am . . . but now I really don’t go back to sleep. I’m not sure if I’ve had just enough sleep that my body says ‘ok, get up’ or if the CPAP is just a  little bit too irritating, or . . .

We’ll see what I can manage. (Self-hypnosis is looming.)