Whoops. I didn’t mean for the blog to go unwritten for so long. It just ended up that way. So let me catch you up and what’s been happening.

I had a mammogram in late August — nothign to see! (Always good news.)

I celebrated my 45th birthday with friends at a lovely dim sum lunch. First time for many people, and it was a great experience. We found a place that does orders, rather than carts, so it was a fresher, tastier, experience.

Then I went to Hawaii (Kauai, specifically) with my sister. We had a great, relaxing, time.

A week of work later, John and I went to Ashland with our friends Dan & Suz. Again, a wonderful time as had. Lots of yummy food, great plays, and conversation.

A week after *that* I spent a long weekend in New York City with my father and his lady, Barbara. It was a celebration of his 65th birthday, and we had a wonderful time. On Friday we went to a restaurant right across from the apartment we’d rented. It was called Nica Trattoria, and they only took cash. Don’t bother with the menu, just wait to hear the specials and order from there. Fabulous. Saturday we wandered around town a bit, and ended up at dinner at Oceana. (John and I had eaten there in the summer of 2011.) Scrumptious meal with superb service. Sunday we did a walking tour of Central Park (from Context Travel) which was fascinating. Then we all separated and went home. 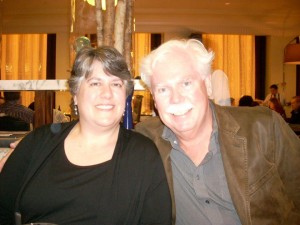 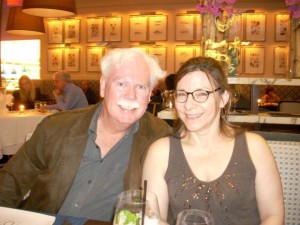 Another week home, and then I was traveling out to Philadelphia for work.

Whew! No more traveling . . . until Thanksgiving.

In the meantime, I’ve been creating habits around working out and being healthier. My Muay Thai instructor is pleased with my progress — I can do a lot more now than I could even a year ago, despite travel.

On the down side, John’s hours were cut in half, so we’re making some economies in the house. He has a lot of free time to putter around, which we both like, but the schedule is weird and upsetting. I also had a singularly negative experience with a co-worker that was poorly handled and makes me feel quite unappreciated at work.

Keeping to the positive: however, we have been saving our pennies, and had a little inheritance from my grandmother, and we are making some changes to the house. Out with the old couch, and in with a new one — due to arrive in mid December. We’re going to be (finally) painting the downstairs, and a few other small things. We think the living room area will finally feel cozy, and inviting. (That’s the goal anyway!)

My class is doing great — inventive and interesting people with a lot to offer. My favorite kinds of students. We’re about to start our Dark Moon series of ritual, which is always a profound shift in consciousness. I think they’ll take to it like a duck to water.

I sold four articles to Llewellyn Worldwide — look for them in the 2014 Witchs’ Companion and Herbal Almanac. Speaking of, the 2013 almanacs are out, and I’m in them as well.

I think you’ll be seeing more of these updates — I’m planning on it anyway!