I haven’t been silly in public in a while . . . my thanks to the folks at FAILblog for this.

from elsewhere on the web:

1. Anyone who looks at this entry has to post this meme and their current wallpaper.
2. Explain in five sentences why you’re using that wallpaper!
3. Don’t change your wallpaper before doing this! The point is to see what you had on! 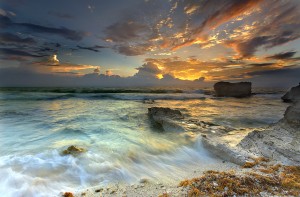 5 reasons:  I love the colors. It takes me to a very good ‘place.’ It has a lot of movement. I feel like I’m at the beach. When I look at it I feel like I can go forever.

I’m sure this is making the rounds on email, but I found it too endearing, and frightening, not to share with y’all.

END_OF_DOCUMENT_TOKEN_TO_BE_REPLACED

Ok — that’s pretty funny. But what gets me is that Euphrates would be listed as a potential girls name. To my mind that is MUCH more bizarre than ESPN.

Using ONLY SONG TITLES from ONE artist, cleverly answer these questions:

1. Are you a male or female: Androgyny
2. Describe yourself: I Think I’m Paranoid
3. How do you feel about yourself: You Look So Fine
4. Describe your ex boyfriend: Bad Boyfriend
5. Describe your current boy/girl situation: Til The Day I Die
6. Describe your current location: Happy Home
7. Describe where you want to be: Afterglow
8. Your best friend is: Cup of Coffee
9. Your favorite color is: Cherry Lips
10. You know that: Why Don’t You Come Over
11. What’s the weather like: I’m Only Happy When It Rains
12. If your life was a television show what would it be called? The Trick Is to Keep Breathing
13. What is life to you: Wild Horses
14. What is the best advice you have to give: Sex Is Not The Enemy
15. If you could change your name what would you change it to: Tornado

I think this says enough.

Sorry for the silence, things have been nutsoid at work and in life. I’ve been spending a lot of time fending off a cold (J is down for the 2nd time this year with one), barely maintaining my personal responsibilities while work stuff is eating into even more of my private time, and hibernating to destress from work. That said, things have been fine (if our usual fantasticness) at the House of Smooches.

Now for the silliness: This is so wrong, on so many levels. I’m essentially speechless. But I hope Technocowboy checks it out! Maybe he’d like it for his birthday?

Take the test and see how YOU compare

Interesting. There are some questions that were a bit leading, and its not nearly as detailed as it could be. but this is an interesting survey.

Careers which suit those with this intelligence include writers, lawyers, philosophers, journalists, politicians and teachers.” (Wikipedia)

I’m including the info for Naturalistic as well, since that is so (relatively) close to my linguistic score.

“This area has to do with nature, nurturing and relating information to one’s natural surroundings. This is the eighth and newest of the intelligences, added to the theory in 1999. This type of intelligence was not part of Gardner’s original theory of Multiple Intelligences. Those with it are said to have greater sensitivity to nature and their place within it, the ability to nurture and grow things, and greater ease in caring for, taming and interacting with animals. They may also be able to discern changes in weather or similar fluctuations in their natural surroundings. They are also good at recognizing and classifying different species. “Naturalists” learn best when the subject involves collecting and analyzing, or is closely related to something prominent in nature; they also don’t enjoy learning unfamiliar or seemingly useless subjects with little or no connections to nature. It is advised that naturalistic learners would learn more through being outside or in a kinesthetic way.

The theory behind this intelligence is often criticized, much like the spiritual or existential intelligence (see below), as it is seen by many as not indicative of an intelligence but rather an interest. However it might have been a more valuable and useful intelligence in prehistoric times when humans lived closer to nature.

Careers which suit those with this intelligence include scientists, naturalists, conservationists, gardeners and farmers.” (Wikipedia)